Avopei-Larru is a large spiral galaxy located in the Basilicus Prime Cluster.

The galaxy is home to many interstellar civilizations, ranging from the core to the outermost area. After the devasting Kashouion Rebellion, many civilizations signed the Galatic Compact which put into place three galactic governments. The democratic Independent Coalition of Systems, the Empire of Worlds, and the monarchial Federated Systems. These governments control equally sized portions of the galaxy.

The Avopei-Larru Galaxy has twelve smaller galaxies that are "companions" with it. These galaxies are just outside the galactic plane, and are easily reached by Yiruil Space Trade Routes, except for Omanpicion Trauq, which is unexplored and believed to be uninhabited. These smaller galaxies rapidly do business, with the main galaxy. Each galaxy has a large over-arching government, and each of the companion galaxies chose its own alignment with the main galaxy. Five have aligned with the Indpendent Coalition of Systems, two with the Empire of Worlds, and four with the Federated Systems, the remaining being Trauq,which is not aligned. These companions have local names, but were named by the Yanhacne Empire by the word "friend" and a number in the Yanhacne language. The galaxies are Omanpicion Eun, Dux, Rotis, Trauq, Nic, Xis, Teps, Uith, Eufn, Xid, Zneo, and Zondes. As these tweleve galaxies are so clustered it has been theorized that the Yanhacne some how pulled these galaxies in toward the main galaxy, in order to expand their range of power. It is not sure how they would have accomplished this. 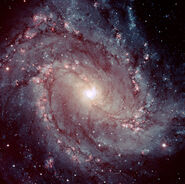 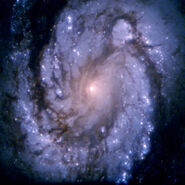 The Iatassa Galaxy
Add a photo to this gallery