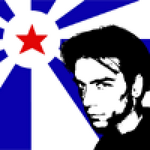 Hi, welcome to Basilicus! Thanks for your edit to the Dejenna System page.

If you need help, and there are no local admins here, you may want to visit the forums on the Community Central Wiki. You can also check our Staff blog to keep up-to-date with the latest news and events around Wikia.

Hi! Article editor and I have been discussing the idea of maybe putting a Featured Image section on the main page in an attempt to make it a little more interesting. My idea for the first picture is the File:Children of Chimera.jpg, which I think looks really nice. I wanted to know what you thought of it since you are one of the most prominent editors here. Just let me know! --Nf2752 01:41, March 20, 2012 (UTC)

It's definitely a pretty image. The only thing I would say is that we should be sure it is the user's own work. While I wouldn't hold it against anyone to use art from elsewhere for the odd article here and there, for featured images I'd say it needs to be made especially for Basilicus by that user or the artist needs citation. As this one is from 2010 and the user is no longer active, I understand this might be hard to verify. I have no suspicions about this particular image; more that 'googled' artwork occurs elsewhere on the wiki - Novodantis 11:29, March 20, 2012 (UTC)

Yeah, we just thought about that and came to a different conclusion. I think that it may just be a good idea to scrap the picture idea because some of these pictures have been here for years, and I have no idea what the circumstances for upload was. I'd rather just leave it alone and not get involved in some sort of copyright issue. Granted, it is kind of unlikely that something will happen, but I'd like not to have to take the chance. --Nf2752 11:48, March 20, 2012 (UTC)

I'm actually restarting the idea for featured pictures. I've got a rudimentary nomination process and two nominations in the talk page. Please vote on them if you can, and feel free to nominate your own! --Article editor 02:21, April 18, 2012 (UTC)

Hi! Article editor and I have come up with an idea for the main page, but I would like your opinion on it before we go and make it official. Our idea was to create a news section filled with newpaper like articles from the Universe. They would be regular events. They don't have to be massive life-changing events, but just things like "Best place to live", "Opinion polls", and things like that. Let us now! Thanks! --Nf2752 22:31, April 7, 2012 (UTC)

Sounds like a good idea, What would be the POV of the articles? I imagine either many different articles gathered in a kind of "compendium" from many respective publications or, alternately, a one-POV comprehensive guide from some kind of trans-galactic super publisher (like the Hitchhikers Guide to the Galaxy). Whichever works better, but I think the in-universe POV is important to determine - Novodantis 18:18, April 9, 2012 (UTC)

Nice Work With On the Dejenna System Edit

Hey, I was checking up on the website I come here to get ideas for my world that I am working on that is based within Sci-Fi Fantasy genre, I noticed the picture you have of the Planet Hexar and of the Dejenna System and was wondering how did you do them, if you used a program which one?( if you feel need the tell =)) and if you know if we can place a world that uses magic (in a sense) on here or does it all have to be technical information.I will show you true overwhelming power!!! 12:00, April 9, 2012 (UTC) Salith Rathol (Byron Davis)

Thanks! Regarding the images, the system map was a quick job in Photoshop while the planet Hexar image (and moon images) was created in Autodesk's 3D Studio Max. Similar results are possible with free modelling software Blender. As for magic/fantasy worlds, I do believe the project was originally intended to encompass them as well as 'hard' scifi worlds, though pages describing fantasy guidelines are either empty or missing. But if it comes to it, most magic could be handwaved with sufficiently advanced technology anyway. What did you have in mind? - Novodantis 18:18, April 9, 2012 (UTC)

Thanks for the reply, The race have is a race of sentient dragon-like race with more of a human appearance than dragon which has been lost over the centuries of evolution. Their current society has developed advanced interstellar space travel and have several colonies. The way i have them using magic would be channeling a source of energy that is throughout the universe (maybe dark energy), and then using hand gestures, touching, and eyesight to cast it. Also they have used this energy source as way to advance their society and move into space. The societies on the planet still have strong ties to their ancient traditional ways which has hindered progress in deep space colonization and also still are very bitter against my main Empire (which isn't so much an empire anymore it has several provinces with their own indivdual governments and at the hearts lies the main province that is still an empire. My race the Drakonins can live up to a 1500 yrs and only give birth to two children within a 400 yr period.Salith Rathol 19:54, April 9, 2012 (UTC)

I'd like to know how this can be done on Blender as well. I want to make images for my own worlds. And as some famous guy said, "Any sufficiently advanced technology is indistinguishable from magic." --Article editor 02:22, April 11, 2012 (UTC)

Sounds like an intriguing race. Indeed, as Mr Clarke stated, magic can often be explained. In fact, developing scientific underlays (even if you don't mention them) are a good way of making such things consistent and avoiding those awkward plot holes that often plague fantasy ("Why didn't they just MAGIC that character back to life?"). I suppose if the technology behind their magical workings had galactic implications (such as changing the nature of large areas of space) then it might be best they were in their own galaxy; certainly don't shy from making one. But that might not be necessary.

Regarding Blender, this tutorial produces an interesting result, although I haven't followed it myself. - Novodantis 23:03, April 11, 2012 (UTC)

Thx, for the help and advice I think I will continue with working the galaxy on the I created when i was in High School. The "Celeca Galaxy," also I think the energy i will have them will be "Dark Energy" since scientist don't know how it works and were it comes from and 70% of our own universe is made up of it. Though I have a question what do you think of Hyperspace technology (do you think it is feasible or it is sound science) and what to you think Time Space Alteration for FTL technology? 71.87.162.92 08:55, April 12, 2012 (UTC)

Hi, could you confirm if File:Hexar.jpg, File:Parriphenos.jpg, and File:Zerraphenos.jpg are your own work? I'd like to nominate them as featured pictures. --Article editor 21:10, April 30, 2012 (UTC)

Hi, I see you've kept contributing this month. Because the two admins (me and Nf2752) have been relatively inactive, 77topaz asked for admin rights, to which I agreed. As you're the other active contributor on Basilicus, I'd also like to offer admin rights to you. If you're interested, just leave a response here. Thanks! --Article editor (Talk | contribs) 03:52, October 25, 2012 (UTC)

Thanks guys! I'm happy to accept.
The website seems to be back up for the most part, so I should start contributing some more again soon. - Novodantis (talk) 09:34, October 26, 2012 (UTC)

I am Gabriel White I was wondering about other people´s opinion on my world.I would love to hear your opinion of my work.

Here´s a link to my world The Hendal Empire

Hi I am designing the Fornal System. The general idea is there is aninhabited moon of a gas giant planet. How should I integrate the world with the rest of the wiki politically? - Reedman72 (talk) 05:28, December 2, 2013 (UTC)Reedman72

Hi, Reedman72. It really depends on the level of civilisation on the planet, where you wish the Fornal system to be located and how isolationist they are (and so on). If you'd like to incorporate them to an area of space where there are worlds/empires by another Basilican, I'd suggest talking to them about the effects your creation and theirs might have on each other. Or, if you prefer, there's vast swathes of empty sectors. Check out a map of Basilicus here. - Novodantis (talk) 16:49, December 5, 2013 (UTC)

What do you think of switching to the Message Wall and Special:Forum in Wiki Features? I was at first hesitant, but now I think they would be useful. They're easier to use than the talk pages and the old forum and much more cleaner. --Article editor (talk · contribs) 21:33, December 14, 2013 (UTC)

Hmm... the Message Walls are less Wikipedia-like than the current system. Also, I don't think very many of the other creative wikis (like Conworlds, the Wikinations etc.) use them. 77topaz (talk) 11:09, December 21, 2013 (UTC)

If you're unsure about the Message Wall, we might just want to try out the new Forum instead. The current forum isn't being used anyway, so I think it would be fine to test it out. --Article editor (talk · contribs) 21:56, January 9, 2014 (UTC)

Retrieved from "https://basilicus.fandom.com/wiki/User_talk:Novodantis?oldid=23504"
Community content is available under CC-BY-SA unless otherwise noted.